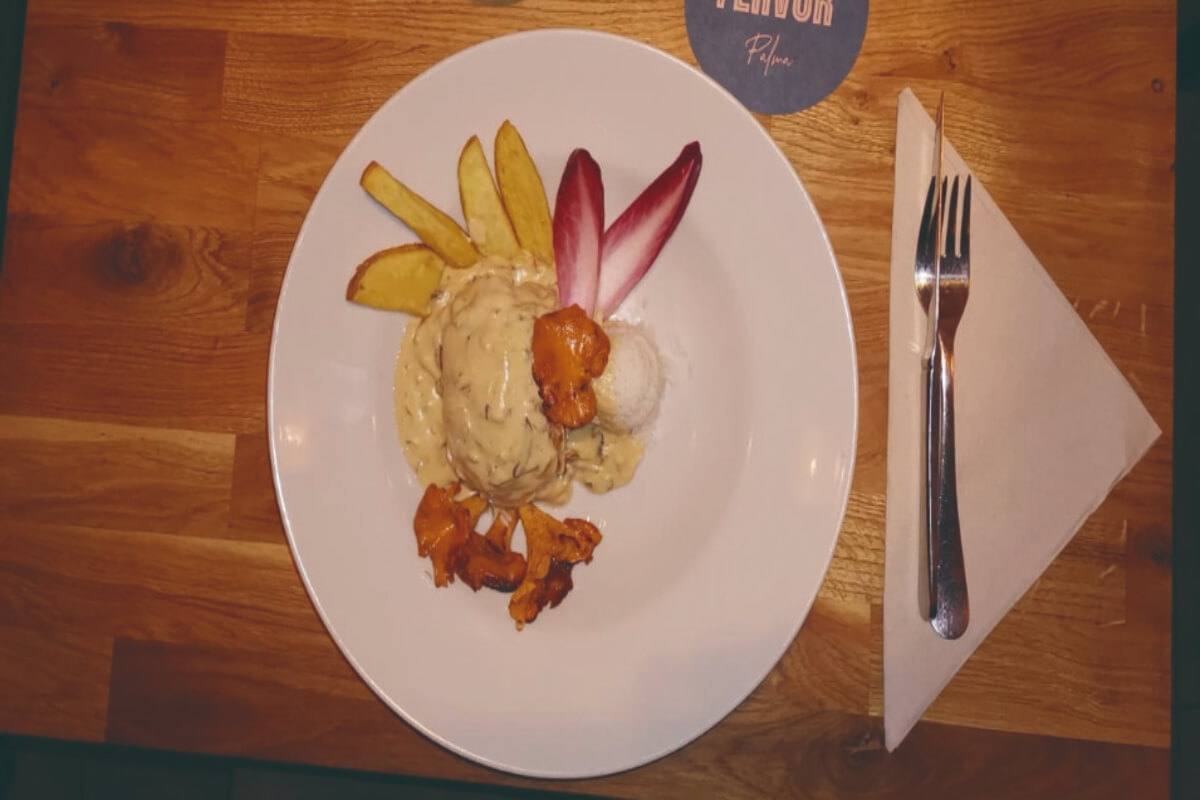 “I like the mix of land, sea and mountains in this dish and I think the result is very interesting. The cava sauce gives it a touch of acidity and makes the whole very balanced "

Francisco González, owner and chef of Fervor has always been clear that his cuisine has to be as it is: quality, natural and, as far as possible, of a kilometer
zero. For the mushroom season, he has prepared a very successful dish: breast stuffed with seafood and mushroom sauce accompanied by wok vegetables with cava sauce.

• 300 gr of crushed tomato • A carrot, an onion, a red pepper, a leek and a cup of coffee flour to thicken

For the cava sauce:

• Half a liter of cava

• One and a half liters of cream

For the wok vegetables:

• Half a coffee spoon of Dijon mustard

• Half a handful of chopped parsley

This is how a spectacular and forceful dish is made

First of all, Francisco makes the filling from a sauce of pepper, garlic and onion, to which he adds prawns and mussels, in addition to the variety of mushrooms on the market. Next, put the crushed tomato, salt and pepper and cook until everything is well poached.
The breast is spread between two plastic sheets and then the filling is placed on it, wrapping it in a package and then frying it in sunflower oil.
To make the sauce it is necessary to fry all the ingredients in olive oil. Subsequently, the cava is added and it is allowed to reduce by 30% and then the mushrooms. At the end, the cream is added and it is allowed to reduce without allowing it to come to a boil at any time.
The vegetables are cut into julienne strips to cook in the wok and a good splash of oyster sauce is added. With five minutes at maximum heat is enough to make them al dente.
When the breast is fried, it is placed inside the sauce so that it finishes cooking over low heat

A plate at the height of all the ingredients

To plate this recipe, the chef of Fervor places a base of vegetables in the wok along with a basmati rice timbale. The breast is placed whole on the vegetables and the whole set is salted, but without excess. Then add another side of grilled seasonal mushrooms with Maldon salt, crushed almonds and a mince of garlic and parsley.
Francisco González advises accompanying the agape with a Serrall de Can Ramis Blanco.