"Majorca, focus of the Mediterranean" 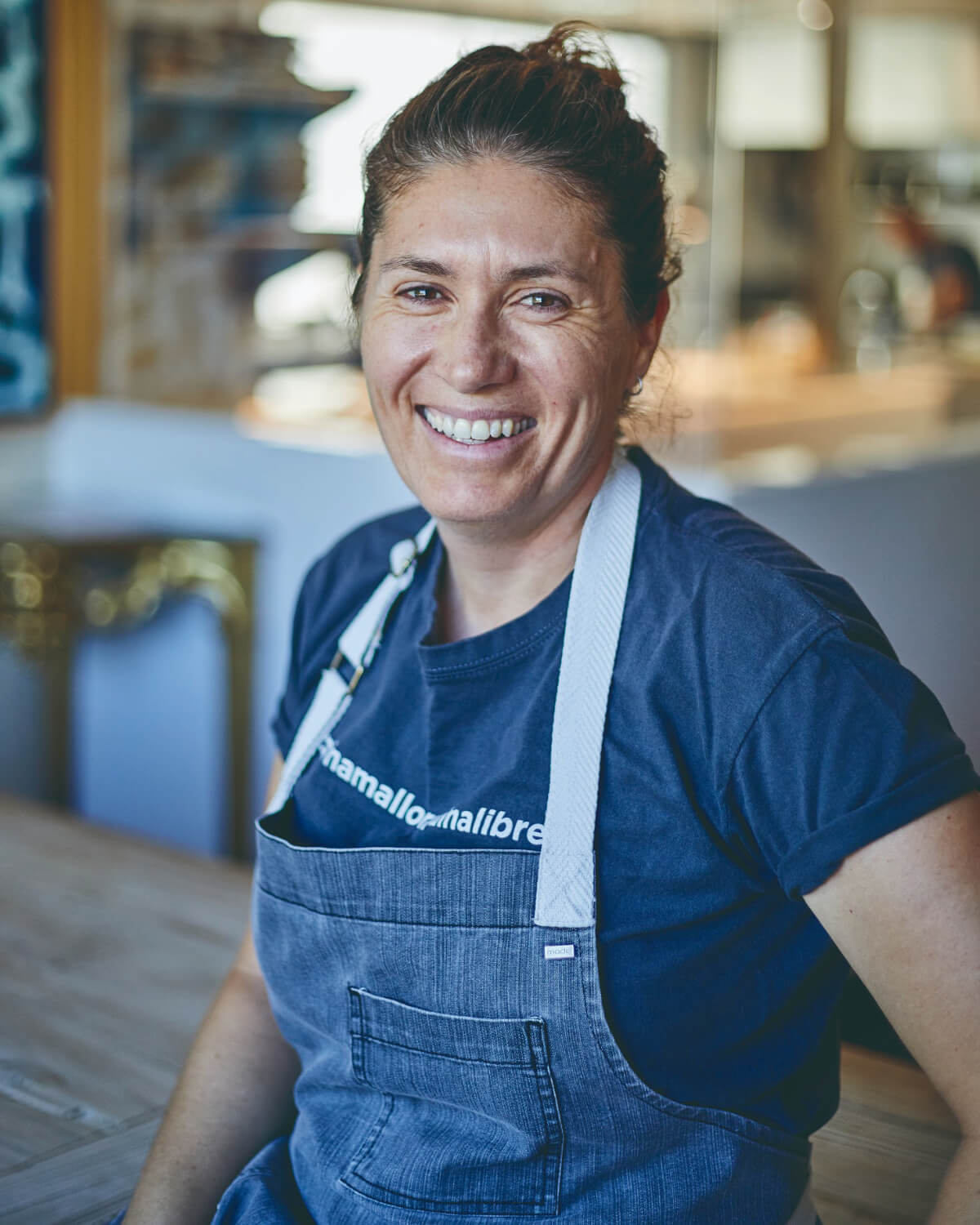 The first edition of the Bogotá Madrid Fusión will take place in the Colombian capital from 7 to 10 November. A great gastronomic event that is possible thanks to an agreement with the Chamber of Commerce of Bogota. It will be five days of haute cuisine in which important chefs from all over the world will meet with a clear objective: to promote the values of haute cuisine, products and the most current trends.

Twenty of the world's best chefs are invited to the meeting and Maca de Castro, of course, is among them. She welcomes us in the restaurant that bears his name, accompanied by his diary and with a very interesting calendar of events.

Twenty of the world's best chefs are invited to the meeting and Maca de Castro, of course, is among them.

What are you going to present at the Bogotá Madrid Fusion 2019?

My speech is called "Majorca, focus on the Mediterranean" and my intention is to present the essence of the pure Mediterranean. I want to show the value that the islands have, because to my way of seeing it is a little recognized value. I think it will be a very interesting event, and I like to think that the flag of here, of the islands, of Majorca, will be in Bogota.

When you talk about giving islands the value they deserve, do you mean more sea or land products?

I mean above all land products - Maca de Castro looks up, thinks about it a little and adds, decisively - I mean the use of pine cones from pine trees, for example, or saffron from Alcudia, eggs from hens and ducks from native species... It is about making known products that are very important and used in Maca de Castro's cuisine, but that may not even be known. In our kitchen we add it to a duck egg yolk sauce, from Majorca, of course.

It is about making known products that are very important and used in Maca de Castro's cuisine, but that may not even be known.

It is a very important event, for the first time crosses the seas, but your agenda includes many others. The first one is at the San Sebastian Gastronómika meeting.

It's a very special place and date for me, because this is where it all started. My speech in this case is titled "The Unheard of Landscape of Majorca" and I will talk about a product that is very local, and that is also known and used in Galicia, but not much in the rest of Spain.

This is the Rooster of St. Peter. We will prepare several dishes to try to show all that this fish can offer. We will make, for example, a recipe with the skin, another with the loins, a third with the roes and another with the bones. We will take advantage of everything that can be used from this fish to teach it in San Sebastián Gastronómika.

We will take advantage of everything that can be used from this fish to teach it in San Sebastián Gastronómika.

Ambassador of Majorca in Bogota and on the rest of Spain, Maca de Castro also prepares the end of the season on the island. A very intense period with more gastronomic events.

On Saturday 12 October we will celebrate the second edition of a very interesting day in Alcudia, in which gastronomy, travel, travel literature... We will prepare an arroç brut, as we did last year, for about 500 people. The proceeds will go to the fight against breast cancer.

In addition, we will have a party in the entire restaurant building: Jardín, Maca de Castro and Danny's Gastrobar. For this occasion we have invited Ramón Freixa and Fina Puigdevall, both with Michelin stars, and from Majorca we will bring Marc Fosh, Andreu Genestra, María Solivellas... and other chefs from Alcudia.

What proposals will you present? What will the menu consist of?

There will be a finger food dinner, in total about twenty bites. Each friendly cook will make between one and two appetizers, and we will make this year's star dishes of Maca de Castro, but in a smaller portion. There will be Esperdenyes, sheep's milk with marrow and lobster, some of the dishes we have made in San Sebastian with Gallo de San Pere can also be tasted ... There will be many things in a party in which we all know each other and in which there is mobility, sometimes it is much more interesting to move around everything, from group to group than sitting at a table.

Each friendly cook will make between one and two appetizers, and we will make this year's star dishes of Maca de Castro, but in a smaller portion.

Finger food allows you to have a little bit of everything, interact with everyone, and above all make it a good end-of-season party. There will be music, show cookings, the attendees -we hope a hundred of them- will be able to participate and meet the chefs. In addition, we have invited several winemakers from Majorca. We want it to be a party where gastronomy comes together and we all end up toasting together to close the season.

But Maca de Castro's agenda does not end here, a few days later you will be at an event with Amadip Esment and Euro-Toques, to whose management you belong.

It will be the 15th of October and it will be a day of talks. We have launched the forum "Giving is Giving" whose aim is to know how to be more generous in our work without ever expecting anything in return. The idea is that money is not what counts, but the good energy of a good job, that is the best reward.

the good energy of a good job, that is the best reward.

Friends such as Andoni Luis Aduriz, Toni Segarra, Borja Matoses... will attend and we are still working on the invitations from the chefs of Majorca. We will be celebrating the day at the Gallinas & Focas wineries and our aim is to teach and give voice to things that cannot be seen at congresses or major gastronomy events: not so much having to show what you do but how you do it.

It is important to be generous with yourself, and above all not always expect something in return for a good job. It is a philosophy of life that is giving us very good results.

Last but not least, there is a scoop that will enchant the residents of Palma...

Well, you can hardly say yet... but for the first time we're going to put our foot in Palma. At the end of November Jardín moves to the city, the exact date and place is still not very well known. We know that we will close here and open there, as winters are complicated in the north of Majorca and the team needs a little more continuity. We think we have found a good formula and we are going to carry it out.

At the end of November Jardín moves to the city

In addition, people who have heard are delighted that we also have a space in Palma. I can't say much more, only that the letter will be similar to that of Jardín, but there are many aspects that still need to be specified. Of course, at Christmas we will be at full capacity.

Maca de Castro bids us farewell with a big smile. This energetic woman who exudes a passion for what she does and who has become an ambassador for Majorca wherever she goes still has a long list of tasks to attend to, and a team to whom she continues to transmit her passion for things well done.