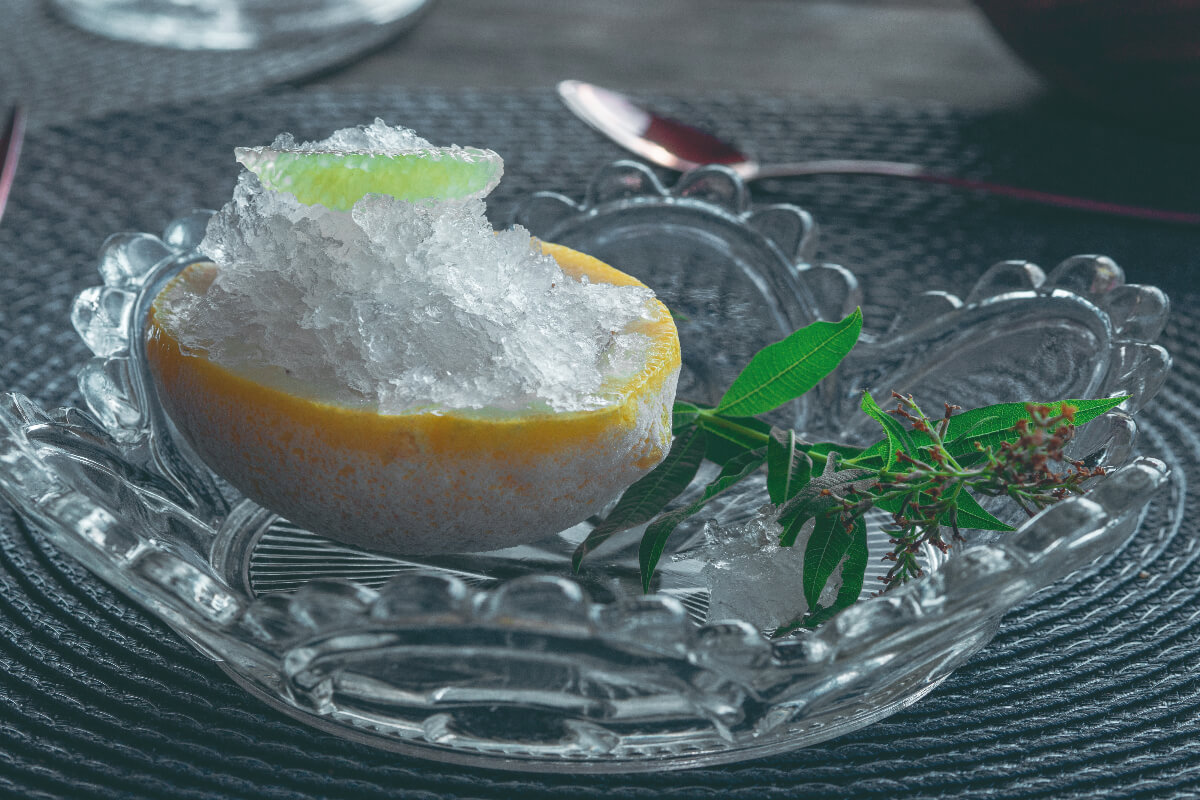 The Myotragus Menu and the Verd Menu are the two tasting options presented by Bens d'Avall for the new season. Benet Vicens, the third generation of the restaurant owners , says that some of its dishes are inspired by the trace that "the aromas from the time of Tiberius in Rome have left in our kitchen".

Both menus include toasted Mallorcan almonds, mother dough buckwheat bread and olive oil from the estate they own in Fornalutx.

The elegance of the Verd menu

This menu begins with the autumn Tiberi, and consists of ceps, sweet red pepper and garum. A dish that takes its inspiration directly from the cuisines of ancient Rome, where it was used to preserve oily fish, alternating it in thin layers with salt and aromatic herbs.

The name also comes from the Eternal City as Tiberi, is the Mallorcan expression "inherited from the Roman occupation of the Balearic Islands and means good food, abundant and festive".

"It has been adopted to name this dish" explains Benet Vicens. "It comes directly from the kitchen of the ancient Rome of Apicius, when Tiberius was emperor.

It is followed by a brut payés rice with níscalos, panceta, garrofón... An emblematic dish of Balearic cuisine, slightly spicy, which "stimulates all the papillae and unleashes a sensibility that is used to pair ingredients and wines".

Then comes a homemade pasta, with ragout of vegetables and autumn cereals. This pasta is fresh, its vegetables are cooked in the Italian style that names the dish, in a very slow way, and is accompanied by lentils.

Here the chef uses several spices to give it the most appropriate nuances.

The autumn Mortitx Arab Snow in Bens d'Avall smells of fig trees and fresh figs, and Malvasía, this sweet grape from Greece that arrived in Spain in the 15th century thanks to almogávares.

The next dish is a vegetables and fruits cocotte  with roasted root juice from the Mallorcan autumn.

Sweets from here and there to finish

And finally, a pre-dessert and a dessert. The first is a green pine with cream of lemons ice cream from Sóller and a homemade fine cocoa puff honey pastry.

This dessert is inspired by the pine tree, icon of Majorca, which dominates the terrace of Bens d'Avall and represents an unprecedented taste for any palate.

There is also a sweet coca with marinated pears and Tahitian vanilla, caramel, coffee and toasted almond ice cream. This dessert is like a trip to Tahiti, according to Benet Vicens because the chef, Jaume Vicens "has spent several months in French Polynesia and has brought with him flavours and smells that evoke a very distant paradise, which on the plate joins our own paradise, the Balearic Islands".

Variations in the Myotragus menu

The autumn Tiberi from the Myotragus Menu, in addition to ceps, sweet red pepper and gárum, starring by llampuga, a fish that was already widely consumed in Roman times.

This dish is followed by brut payés rice and continues with rock noodles, a typical Balearic spoon cuisine, very typical of fishermen, but served with fine noodles and powdered Sóller shrimp stewed at sea and seasonal vegetables.

The arabic snow is in this menu too, and continues with ecological ox of Son Bellut, in Santa María.

This ox, a product of the cross between the Rotja de Menorca and Japanese Wagyu breeds by the Sirvent family, works looking for textures and cooking in a way that each piece is unique and gives the best of itself. It is accompanied by Mallorcan autumn fruits and vegetables.

This menu ends with the Verd desserts, the pre-dessert Pine, citrus honey and pine bark, and the sweet coca of pears and vanilla from Tahiti.