Christmas in the world 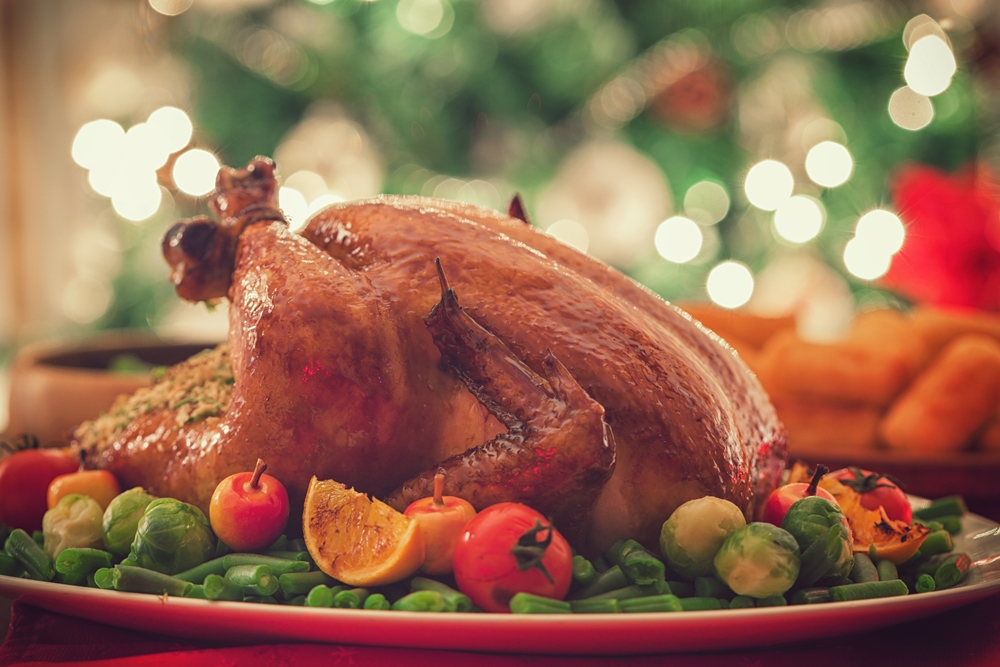 One more year, families around the world will gather around your table to celebrate Christmas, probably more digitized than ever.
However, we can also travel with the palate and emotions from home; each culture, each country, each village has its own traditional dishes and its own customs for these dates. In the following lines, we propose an exciting and entertaining journey through the gastronomic-festive culture of the five continents to serve as inspiration to travel with the soul and the palate.

The most traditional palates, without a doubt, can choose to travel metaphorically to the lands of old Europe, in whose countries with a marked religious tradition they will feel the force of the liturgy as in few places, in addition to the rigors of the season that always accompany the good table.
In the case of Germany, for example, it was Christmas who appropriated a dish with such a high caloric level as Grünkohlessen (which literally means "green cabbage food"): composed mainly of green cabbage (which is always collect with frost on the leaves), kasseler (that smoked and marinated meat so in the country style), a few sausages and also cooked potatoes, and accompanied of course by a good mug of beer, it is one of the essential ingredients of the festivities which is also taken without necessarily being associated with them ...

But the same happens, for example, with the Scandinavian traditions associated with Julskinka ("Christmas ham", which is served mainly in Sweden and consists of a piece of cooked ham that was probably already consumed as a tribute to the god Freyr) or in the Netherlands with the Erwtensoep (tasty pea puree, accompanied with a bit of cereal bread), the Zuurkool (consisting mainly of sauerkraut, that is, sauerkraut), the Jachtschotel (game consisting of minced meat mixed with coated onion of puree and gratin in the oven with breadcrumbs), or the Gelderse rookworst (smoked sausages) and also the Hutspot (a kind of solid carrot and potato puree): without a doubt, the cold forces the menu to be powerful, and despite that today the work in the fields is not as hard and life is not as sacrificed as before, no one is bitter to consume any of these dishes, much less in the abundant and generous way that is usually done at Christmas ... 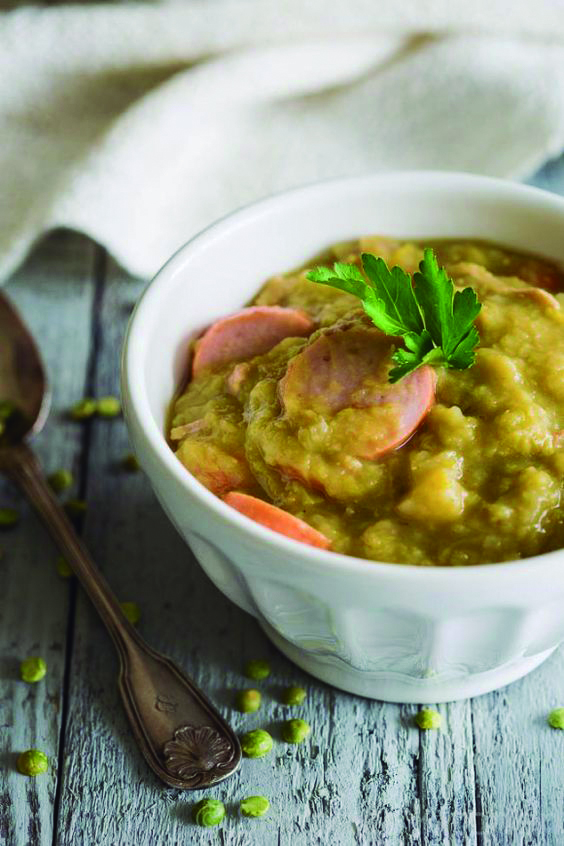 And by the way, both in the Netherlands and in the surrounding areas, there is a star dish for Christmas dinner that is absolutely specific to that day due to its special character: the hare, which despite being so similar to the rabbit It has a stronger and much more characteristic flavor.

Of course, all this does not surprise us who traditionally celebrate the holidays in our lands, since in Spain it is the most common to taste dishes such as suckling pig, turkey (which is the star of Christmas cuisine also in Anglo-Saxon countries , especially in the United States), lamb or even veal, but if we go to warmer latitudes, things change slightly. Because in recent years, many people have chosen to visit the hemisphere of our planet in which Christmas is celebrated in summer, which considerably conditions both the liturgy and the gastronomy in question ... and that sometimes we do not They are as unknown as it might seem: for example, people who live in some of the Canary Islands will know well a traditional Christmas dish called Hallaca, originally from Venezuela and that the emigrants who returned to the islands adopted as their own. 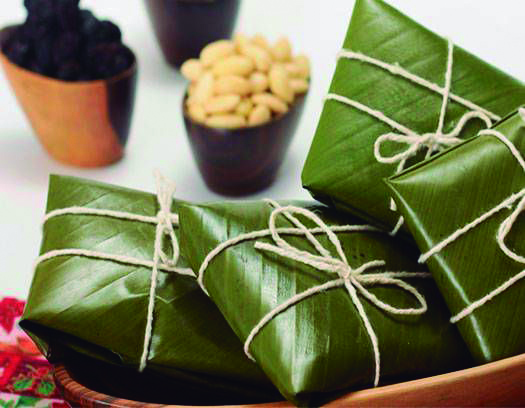 Basically, it is a cornmeal dough filled with various ingredients that is then wrapped in tree leaves that is boiled in water and served one day after being cooked, and although it is a meal that is associated with Christmas, there is no doubt that its origin is lost far beyond the green with pork entrails that is then wrapped in the leaves of that same plant for cooking. Also in Venezuela we will find things like the Pan de Jamón (a bread stuffed with ham mixed with green olives and raisins, with a very characteristic flavor) or the Chicken Salad (or also chicken, where the animal's meat is frayed and mixed with potatoes and carrots to be served cold), and in Bolivia they even have a specific soup for midnight on Christmas Day (which according to tradition is just the moment of the birth of Jesus) and which is taken immediately after the toast: the Picana, a broth made from beef, vegetables and other condiments, and whose main characteristic is that it has a flavor between sweet and spicy. 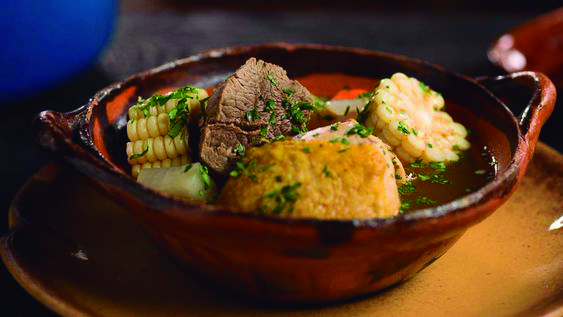 And if before we said that in our country the consumption of suckling pig was quite common, do not forget travelers that if they go to the island of Puerto Rico they will find the same dish, but cooked in a way that is unparalleled in the rest of the world. planet: on the stick, that is, on a spit over the fire for a few hours and after having been seasoned with spices the day before, in the manner of the ancient buccaneers. And despite the fact that almost all of us have eaten suckling pig more than once (and not only at Christmas) and we may think that we are already more than used to its taste, it is quite a discovery to taste that meat prepared in this way ...

But without a doubt, and leaving aside all the complements of the table to consume before the main course (although that does not mean that we undermine the hors d'oeuvre in any way, which of course have their rightful role) and also the chapter on drinks ( Above all, cava or punch, although there are also a multitude of possible options for each place, highlighting the Swedish Julmust: a non-alcoholic drink specific to Christmas, of which no less than 45 million liters are consumed in the country alone during the month of December), where the specifically Christmas touch will be most noticeable on our table, it will always be in the dessert: Christmas sweets are probably one of the oldest traditions that exist, and absolutely all cultures and societies are they have been mixing with each other until resulting in an infinite repertoire of sweets and desserts difficult to ignore.

And precisely, one of the most universal stars on the table at these festivities is marzipan, which we can find in one way or another practically in all parts of the world ... although without forgetting such disparate things, but as welcome as the traditional British pudding (made with rum and plums), gingerbread cookies, Italian Panettone (believed to originate from Milan, but exported all over the world), Pandoro from Verona ... and that's not to mention our nougat , marzipan or polvorones that are so successful all over the planet. 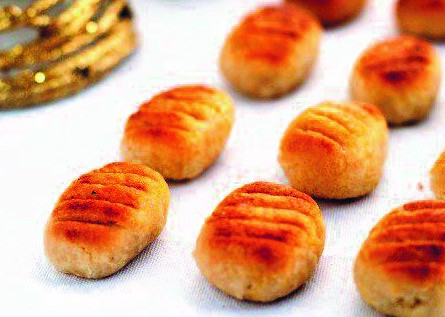 Marzipans, the kings of Christmas pastries

Thus, it cannot be argued that Christmas and good food are synonymous, and whatever the budget of each pocket, surely it can be well suited to enjoy these holidays with the traditional banquets that are given in each house ...